We did a decent amount of spending in the month of May, some of it essential, and some not so much.  As I was looking through our transactions on Mint, I started thinking about what was really worthwhile that we bought, and what probably isn’t.

I thought it would be fun to review some of our recent purchases, and whether or not they were actually worth it.  There’s a few that are giving me buyer’s remorse, and others that are proving to be money well spent…

We picked up a folding rack from Ikea so that we could cut down on using the dryer.  I try to only do 2 loads of laundry per week, one light and one dark, and that’s for the 3 of us.  Side note: I’m baffled by people who claim to wash clothes every day- how does that happen?  Don’t you re-wear stuff sometimes?  I mean, my kid’s messy too, but come on.

Last summer, I set up a clothesline in the backyard, and it worked out ok for hanging smaller items.  I’m going to use it again now that the weather is nice, plus this folding rack, which can be set up in the basement or the yard.  It fits a lot at once, so hopefully, I won’t have to use the dryer at all for the next several months.

Before our recent road trip, we wanted to get a charger for our phones so that we could use Waze for navigation.  Our car is a 2012 model and comes with a built-in USB charger, among other things, so why we didn’t think of that when we were shopping, I don’t know.

It wasn’t until a few days after we bought it and had taken it out of the package that M. realized we didn’t need it.  D’oh!  $15 pretty much wasted.

Case of Appalachian Brewing Company Beer- $40.70: Worth it!

We’re beer lovers, so when we passed by a sign for the Appalachian Brewing Company in Gettysburg, we wanted to try some out.  I’m a bit of a beer snob, and I love craft brews.  We found a distributor in town and went in to ask if they had any cases, and luckily, they had a variety pack.

These brews are delicious!  If you ever get a chance to try them, go for it.  I’m loving the Mountain Lager and the Jolly Scot amber ale.  They’re just so rich and flavorful.  Excuse me while I go grab one…

Eyewear Protection Package- $29.99: Probably Not Worth it

We finally crossed off a bunch of errands from our to-do list, one of which was getting eye exams.  M. picked out nice frames and we sat down with the saleslady to get them ordered.  As she was giving us the rundown of the various costs for the pair of glasses, she mentioned the warranty that covers repairs and scratches.  I gave M. a little kick under the desk as if to say “Decline the warranty!”  Unfortunately, he thought I was trying to tell him to get it since he was about to say no thanks.  Communication fail.

I doubt the warranty is necessary, but only time will tell.  Maybe he can break the glasses on purpose just to take advantage of it at some point.  I kid, I kid.

So what have you bought lately that was or wasn’t worth the cost?

My Healthy (and cheap!) Obsession 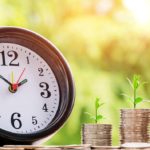 How to Build Credit Fast

35 comments on “Was it Worth it? Buyer’s Remorse or Money Well Spent”

This blog is written for entertainment purposes only. We are not responsible for any actions that are taken as a result of reading our blog. Please seek out professional advice before taking any action.